vom Tag – From the Roof or From the Day  [Master Guard]

Note: There is dispute as to whether Tag should be translated as “from the day” or “from the roof”.

Meyer’s describes the vom Tag only on the right, as shown in the plate below. Unlike the other guards he doesn’t discuss a left-hand or center variant. But he does say that any attack from above can be thought of as coming from vom Tag. This makes sense because this guard doesn’t seem to require a lot of precision. Refer to Talhoffer 1467, Plate 1 Left for lots of variants of this guard. 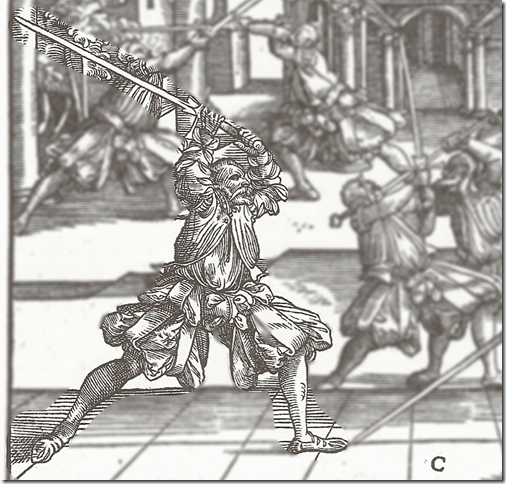 Like vom Tag and Ochs, the Wrath Guard on the right requires the left foot to be forward. The blade rests on the shoulder, waiting for the chance to make a powerful blow.

Zornhut is considered by Meyer as an alternative to Ochs and says that the same attacks can be thrown from either. 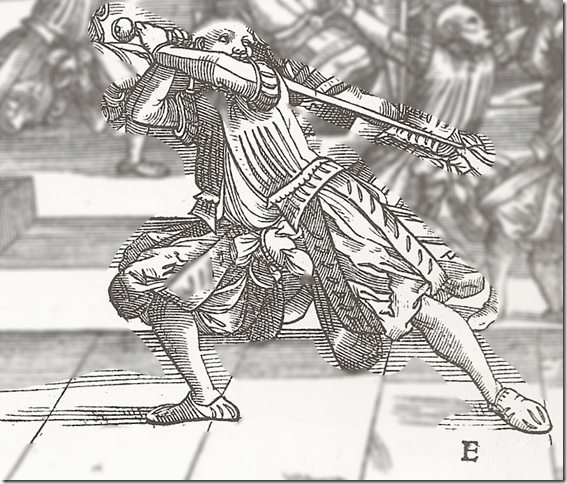 While the Germans think of this a position taken by a wrathful person, the Italians see it completely differently. They call it Posta di Donna or “Woman’s Position” because it is so an easy guard that even a woman can hold it for long periods of time without becoming fatigued.